Our services usually take the form of advisory board membership at companies to assist them in global business development with a particular focus in finance, restructuring and international growth.

We act as board advisors / executive committee members at companies, assisting them in their investment banking needs, especially in foreign markets, helping in business development abroad and providing management consultancy, if required, and represent foreign investors' equity stakes in Turkey.

Investor relations for foreign equity markets is another expertise area.

Cfs Consulting Ltd was established in 1997, following 12 years of professional life of the founder in investment banking industry at executive positions.

Fund structuring, management and sales became another major focus area during these years. Funds which invested in Turkish money and equity markets were inaugurated with long established foreign business partners. Funds World Turkey seminars were organised in Istanbul during 2008 and 2009 which were chaired by Sinan Arslaner.

Helping local companies in international business development has always been a top priority for Cfs Consulting. Turkish companies were listed on various German exchanges which brought together visibility and recognition in those markets. As a result these companies were able to designate Germany as their global expansion hub. Important M&A opportunites emerged, one of which was acquisition of a 150 store German chain by a local client.

International expansion projects have been carried out in the  Carribean , Canada and MEA Region, especially for contracting companies.

Following 30+ years of experience in industry, we now believe time has come to structure our own PE fund. Cfs Private Equity Fund will be launched as soon as the market conditions are favorable. 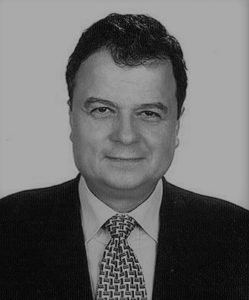